The term “Common Size Income Statement” refers to the presentation of all the line items in an income statement in a separate column in the form of relative percentages of total sales primarily. It is not another type of income statement, but it is just one type of technique used by financial managers to analyze the income statement of a company.

For instance, it can be seen that the gross profit margin and operating income margin has been quite stable over the last three financial years. However, the net income has witnessed slight improvement during the same period. An analyst can further deep dive to determine the reason behind the same to make a more meaningful insight.

It can be said that the statement of common size income facilitates easy comparison. It makes analysis much easier such that the analyst can see what is actually driving the profit of a company, and then compare that performance to its peers. It allows an analyst to look at how the performance has changed over the period of time. From an investor’s perspective, a common size income helps in spotting patterns in the performance of the company that a raw income statement may not uncover. 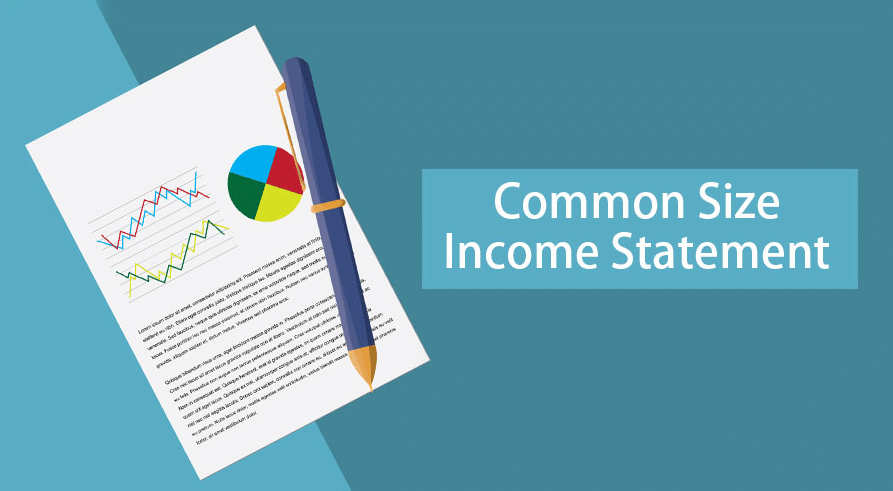 How To Calculate the Statement of Common Size Income

statement analysis states every line item on the income statement as a percentage of sales. If you have more than one year of financial data, you can compare income statements to see your financial progress. This type of analysis will let you see how revenues and the spending on different types of expenses change from one year to the next.

When you show the items of the income statement as a percentage of the sales figure, it is easy to compare the income and expenses and understand the financial position of the company. Common size analysis is an excellent tool to compare companies of different sizes or to compare different years of data for the same company, as in the following example.

Common size analysis is not as detailed as trend analysis using ratios. It does not provide enough data for some sophisticated investment decisions. For small business managers who have insufficient or no formal education in financial management, the vertical analysis provides a simple way to analyze their financial statements.

I am a Professional Daily Business Guide provider, I know if any buddy can start any new business, they need guidance about his/her business for how to build up a new business in a competitive market. I am here to provide all types of business guidance on this daily business guide platform. Without Guidance, no buddy can build any business as a brand.